The Unbanked and Financial Inclusion: the Mobile Money Rat Race

Did you know that in this day and era, the great world civilizations and advancements in the world of technology notwithstanding, about 2.5 billion adults around the globe do not use semiformal microfinance institutions or formal banks? Practically, these adults have got no way of either saving their hard earned cash, making it difficult for them to access credit facilities, insurance, economic and investment opportunities, thereby lacking informed management of their resources for purposes of planning for their future.

The sad reality is that the Sub-Saharan Africa takes the lead, with hundreds of millions of her adult population, especially women and the youth, being victims of lack of financial inclusion. In 2015, a whopping 18 million adults in Ghana, out of a national population of more than 25 million, were categorized by the World Bank as unbanked. The poor of these populations, as well as those who reside in rural areas, are ever at the most disadvantaged position.

The unbanked are further compromised by the long distances they have to cover in accessing financial institutions. 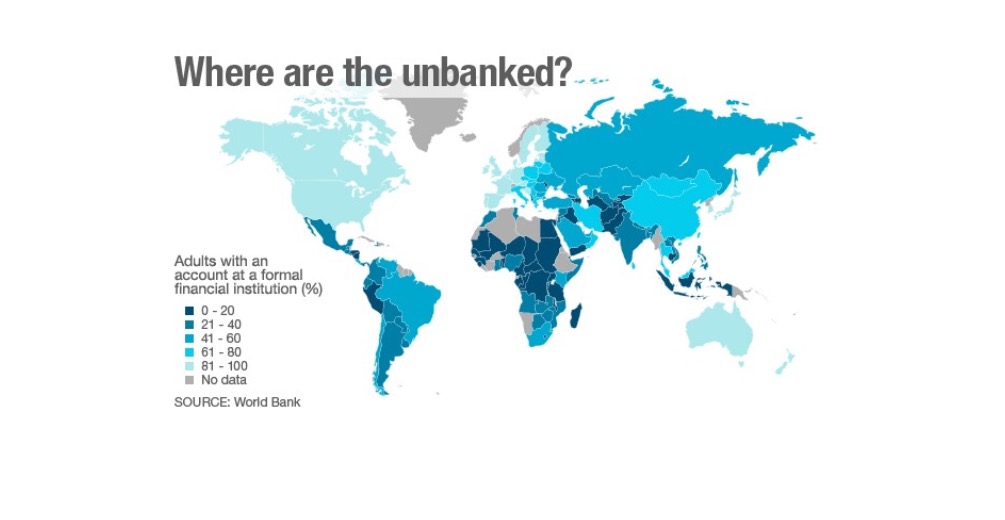 And sadly, should they somehow find their way to the banks, the paper work involved is quite taxing in terms of time, and the need for literal awareness, which makes the uneducated to further shy away from what they would term as fear of self-embarrassment or simply for some form of ‘mistrust’ arising from lack of information. An old adage has it that you cannot be transformed unless you are informed, hence the need for timely and correct awareness in such settings. 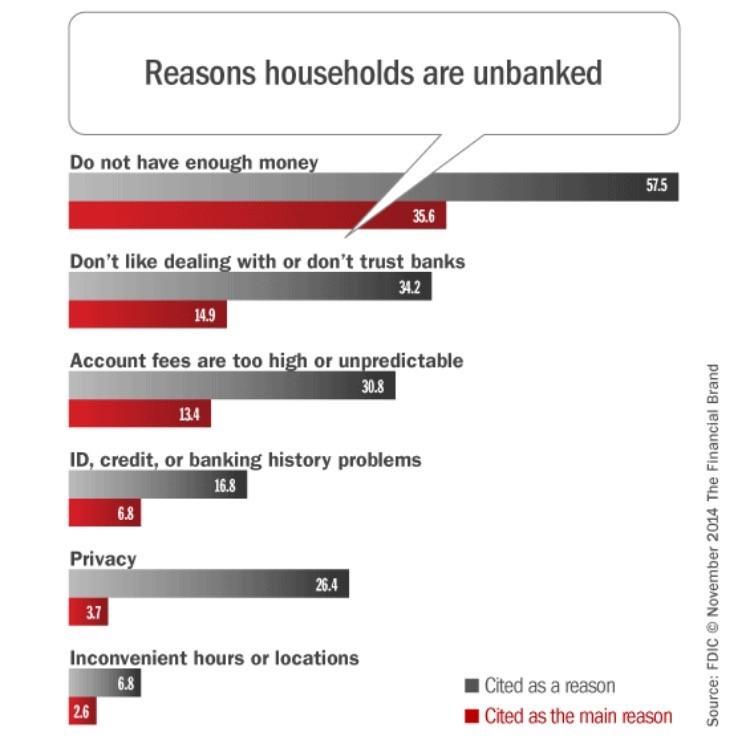 Even to the 30% or so of the Sub-Saharan Africa population who have access to direct banking, the cost of money transfer (between African Countries or beyond the continent) remains the highest in the world, with between 10-15% of the figure being transacted going into remittance fees.

The infiltration of mobile phones to the African market, especially in the last 10 years, has brought a new twist to the money market. Today, about 80% of majority of populations in African countries have access to mobile phones, with a high percentage configured to accept internet settings. This has gone a long way in putting these populations to the global grid in the financial sector.

Innovative mobile phone technologies have now become catalysts for reduced costs of sending and receiving money in Africa. While Smart Communications and Globe Telecom pioneered operations of money transfers in the Philippines in the mid 2000s, the M-Pesa model of 2007 in Kenya appears to be the cornerstone that has become the pillar of other platforms like the MTN in Ghana in the world of mobile money. It is not only fast, reliable and affordable, but also accessible for the unbanked.

With this realization, the mobile money rat race has caught up with formal banks, which have circumstantially been forced to reach out to every available potential customer, deep in the woods and in the hearts of villages. No one wants to miss a share of this global cake that is becoming sweeter by the day. Simply put, mobile money transactions are synonymous to having ATM cards without ever having to open a real bank account.

Besides seeking financial inclusion for the unbanked, the commissions earned in fees by mobile money amount to billions in profits, a deal that is not only lucrative but also appealing to all stakeholders in money matters.

With the number of mobile subscribers rising by the day, and with various mobile companies coming up with different and more competitive products from time to time, no one wants to be left in the race.

The world today boasts of more than 150 such service providers in the world, although only a handful of them (indeed about 15) are actively in the lead.

Going forward, the spirited competition by banks and mobile phone companies in reaching the unbanked should see the gap closed in the near future. And for once, the marginalized will have very many options to choose from. Indeed there is a great redemptive revolution – and apparently there is no turning back!